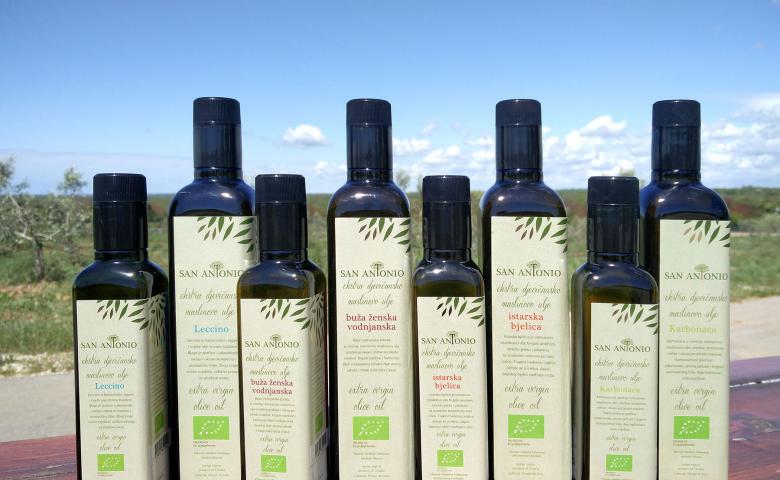 Stancija San Antonio was established in 2008 in Vodnjan, and the first olives were planted in 2009. We process 7000 olive trees, which are ecologically grown, and the oil is ecologically certified by internationally-renowned certification, most notably the following varieties: Buža ženska vodnjanska, Kar Karbonaca bonac, Istrian bjelica and Leccino.

The olive groves are situated about 100 meters above sea level and about 800 meters away from the sea. They are located in areas where olive groves once belonged to the Romans, and the period that goes back to the time of the ancient Etruscans.

Over the past three years we have won more than 20 gold awards from international and domestic competitions. Out of the awards, we would like to emphasize:

Giovanni A. Della Zonca 35a ,
Vodnjan-Dignano